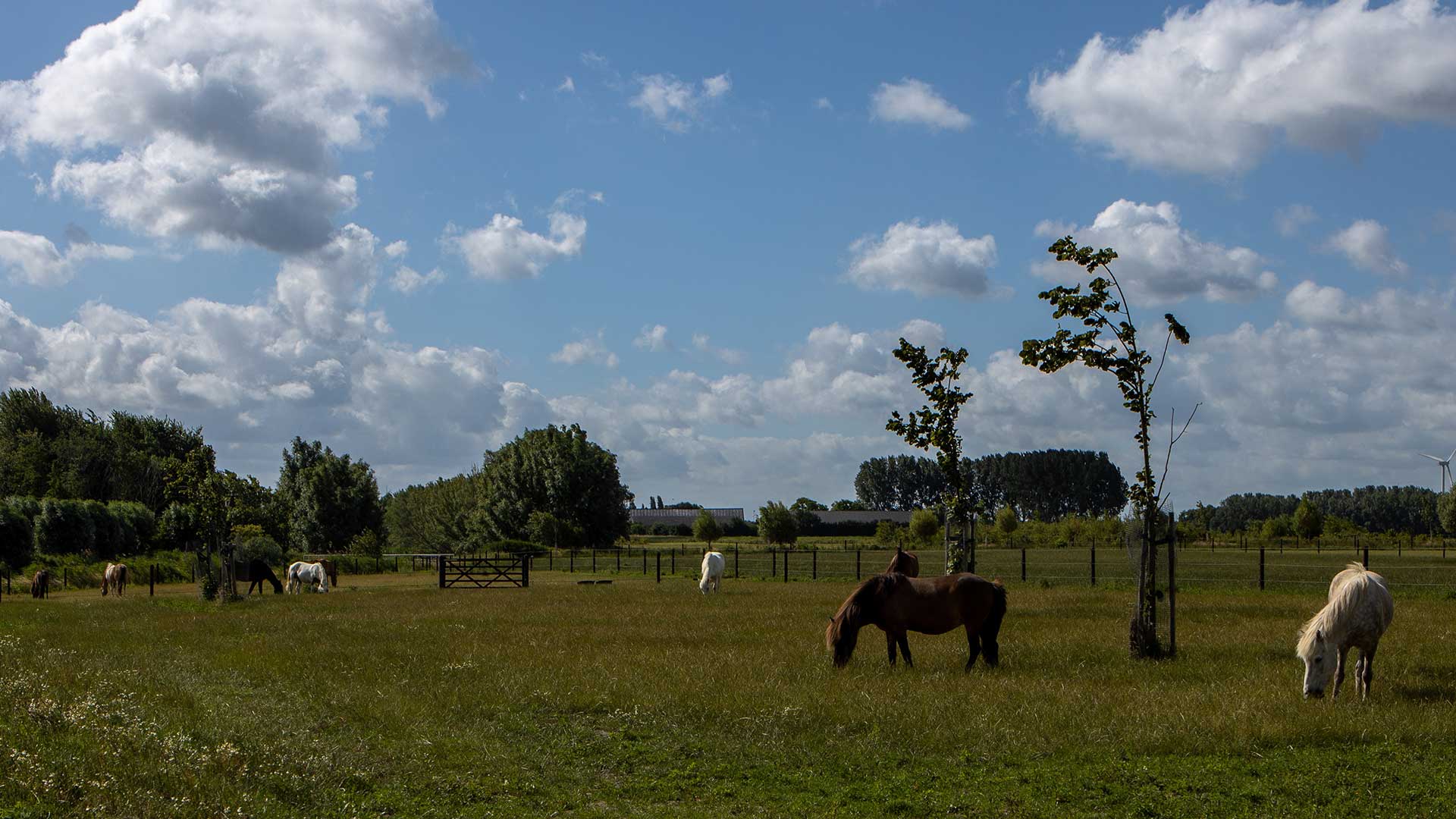 In 2010, Pat and Zoe answered an advert to buy a foal from a semi wild Yorkshire herd and were so shocked by the condition of the emaciated, worm ridden animals; they rescued a total of 9 animals. However, they later learned that another 50 animals had already been sold for slaughter. They were determined to rescue the remaining horses. This involved paying £1700 and then a further £400 to deliver them. They paid this from their own money (as is frequently the case).

All of the horses and ponies who came from Yorkshire arrived in a very bad condition. They were emaciated, under nourished and pot bellied (which is a sign of worm infestation). They were also lice ridden and had never had hard food in their lives, just grazing grass on the moors.

One of the horses Chandler is a gelding who was castrated by his owners in Yorkshire and was suffering a serious infection. This was so bad that our vet gave him less than 5 days to live. Chandler is a lovely trusting and beautiful little horse, who befriended Archie who lost his mum Bella.

Thanks to the Little Bramley Farm horse sanctuary, these horses are now happy and healthy and thriving at the Sanctuary.

July 2011 we were asked to take Indie as she was so poorly and emaciated, no one wanted her, worm riddled and infested with lice, we of course picked her up.

Indie was wild - terrified of human contact, she had an enormous belly and both the vet and ourselves were unsure if this was due to extensive worm damage or whether she was in fact pregnant.

In May 2011 Indie gave birth to a beautiful healthy colt foal Lakota, for the next 7 months Indies trust in me grew - the fearful wild look she arrived with was replaced with an endearing softness and trust in her eyes.

Indie's foal continued to thrive for the next 7 months, we hoped with care and feeding Indie would also return to health but although she ate well, and was bright in herself, Indie's, extensive gut damage (due to worms) had gone too far.

The vets tried but there was little they could do, Indie was given 4 feeds a day, she lost 98 % of the goodness given, she may only have receive 2% goodness.

Indie continued to eat well and look bright in herself until December 2011 when one day I found her lying in her stable with her foal close by, she looked at me with her endearing eyes but could not stand, her body wracked with gut damage which had finally disabled her, Indie still ate her breakfast with her foal, I phoned the vet, but there was nothing more they could do.

Indie went to sleep that morning leaving behind her beautiful healthy son Lakota, I believe she kept herself going till her son was able to manage alone - her job was over, she left him knowing he was in safe hands with us, RIP Indie…

Izzy who was rescued she'd been advertised for sale but we discovered she was skin and bone.

Danny Boy, was a 17-month old youngster who was going to be put down and is now a healthy 16 hands high 10-year-old.

We have also rescued unloved, uncared for and badly treated horses and ponies nearer to home to try and give them a better and healthier life.

We recently rescued two horses after a phone call from the local police to tell us they were loose on the road; they would have been shot had we not gone out to recue them. They are now safe with us.

We also recently recued Buttercup and Sunny - they were in a very poor state, but they are gaining weight nicely now.

In addition, we have also housed horses and ponies that their owners can no longer care for. 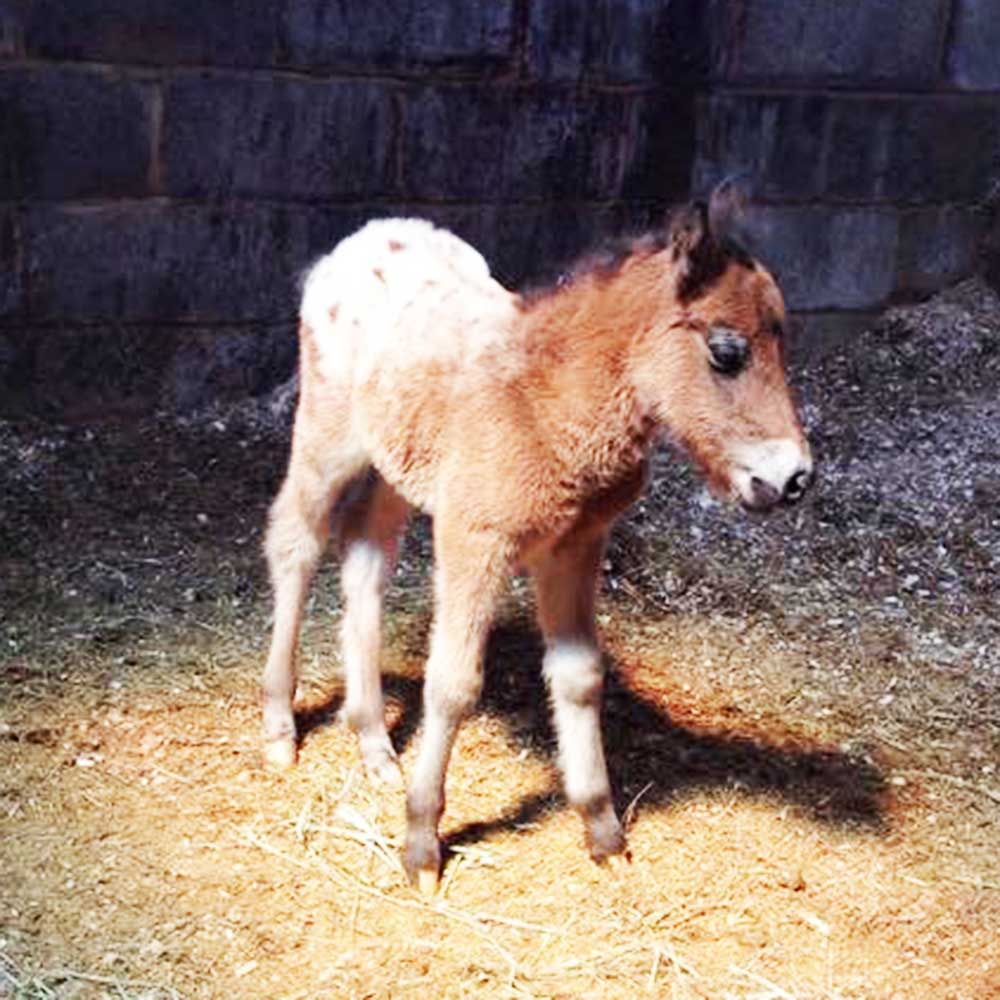 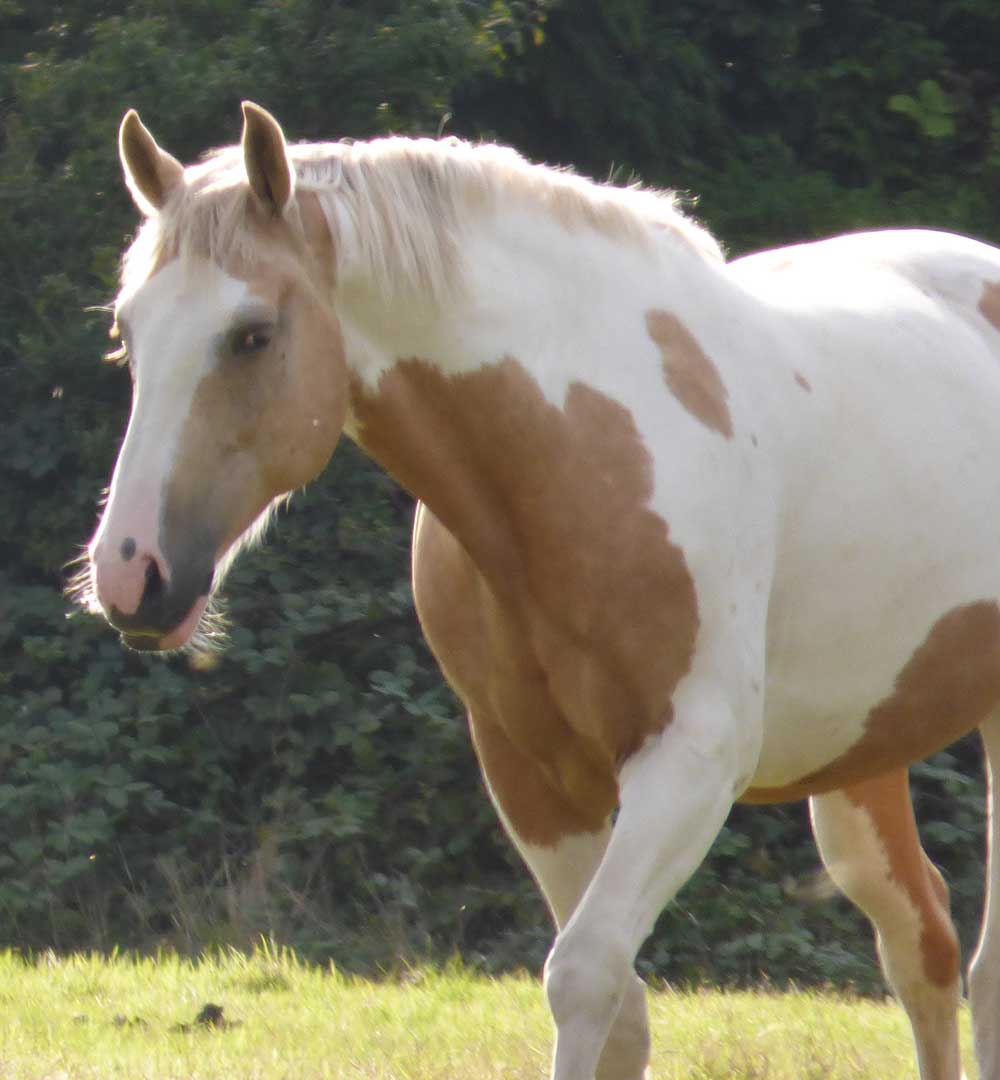 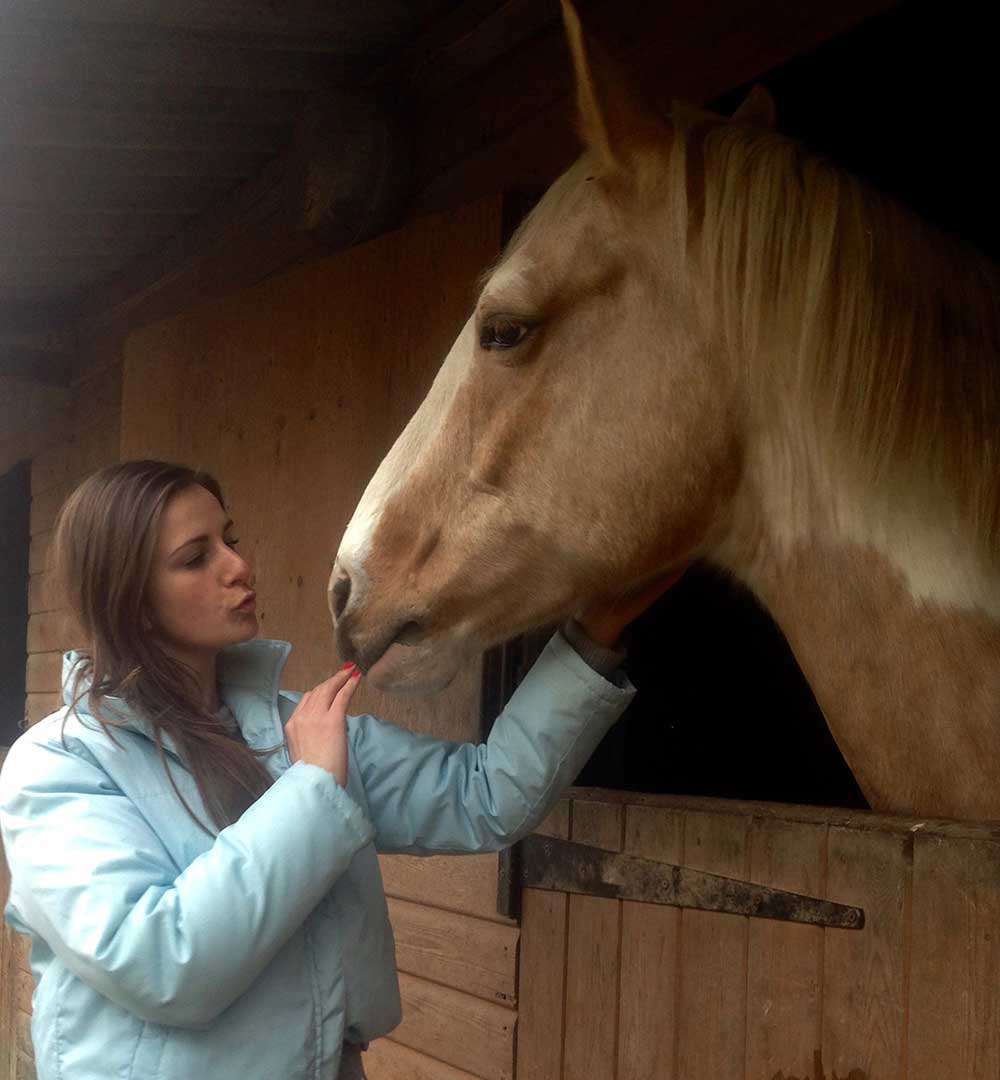 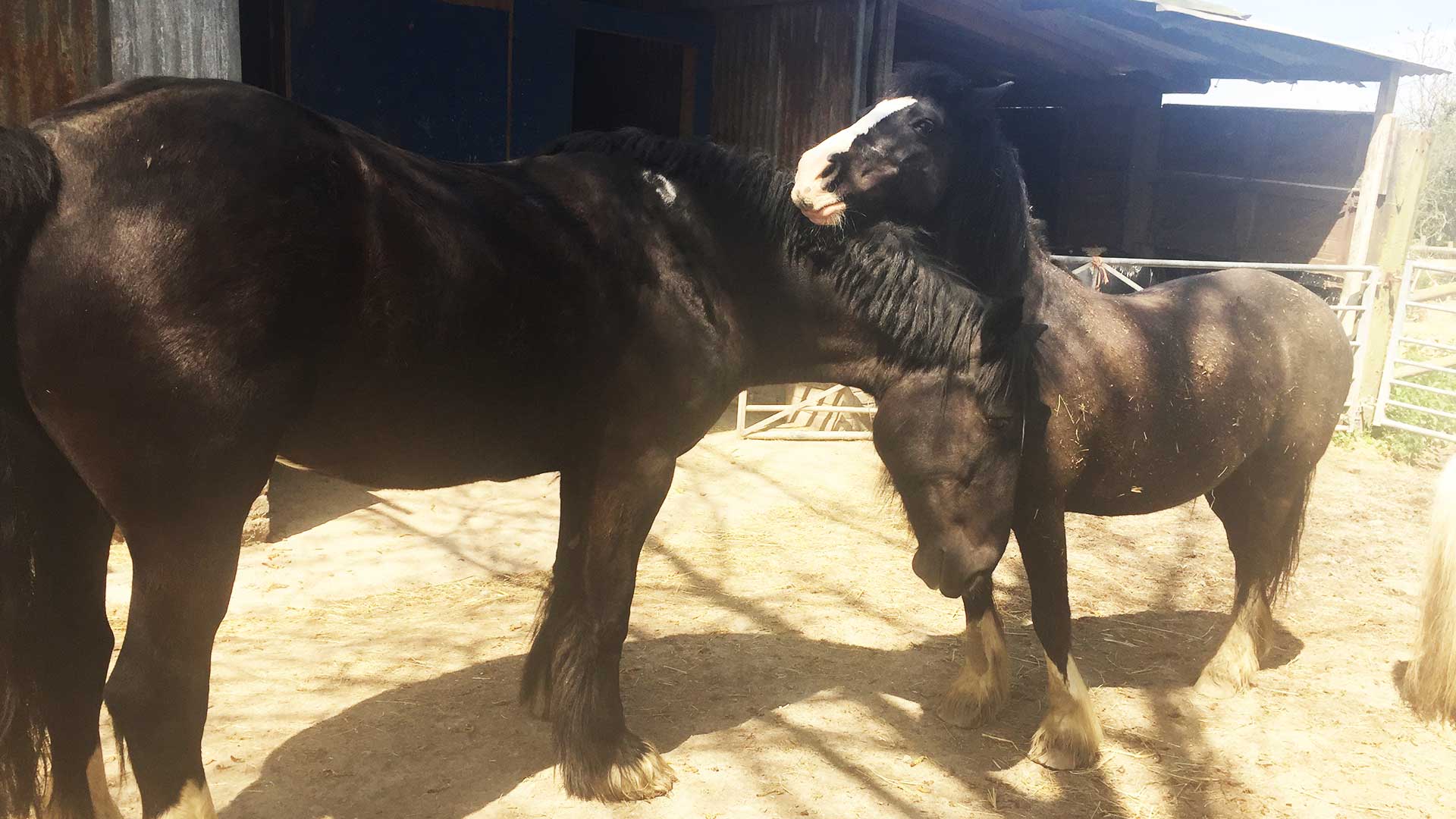 All the costs for the care of our horses is funded entirely from our own pockets and by the public's help.
If you can donate anything, no matter how small, it will make a huge difference, thank you.
DONATE

The Little Bramley Farm Horse Sanctuary was set up in 2005 years ago by two avid horsewomen, Pat Evans and Zoe McQuade.We are a rescue centre with over 31 horses, mares, foals and ponies. We are self funding and have been since 2005.

Pat and Zoe answered an advert to buy a foal from a semi wild Yorkshire herd and were so shocked by the condition of the emaciated, worm ridden animals; they rescued a total of 9 animals. They later learned that another 50 animals had been sold for slaughter.

All the costs for the care of our horses is funded entirely from our own pockets and by the public's help.
If you can donate anything, no matter how small, it will make a huge difference, thank you.